Marketing Display PODs Configuration
Auburn Hills, Michigan
TMG / Event Marketing is an industry leader in Mobile Marketing and special event concept development, fabrication, transportation and deployment. The project scope of work was to design multiple systems configuration for two Marketing Display PODs. The focus primarily was on the Power Distribution coming from either the site utility or the generators sources (8kVA and 5kVA – 120V systems). Additionally, the PODs auxiliary systems had to include Audio/Visual, Hydraulic Pumps, LED Lights, and two Winches.

Corporate Headquarters - Emergency Power System Study
Farmington Hills, Michigan
CCCU Headquarters contemplated an increase in the building critical power loads, such as IT Servers, HVAC cooling, etc. As part of the Building Power Study, IES performed an Emergency Power System Evaluation and developed the necessary recommendations based on their detailed analysis of the existing plus the anticipated new critical loads. The Study incorporated the much needed evaluation of the building’s existing generator capacity and utility power. The Study results suggested to redesign specific segments of the power distribution system in order to accommodate the potential growth in IT Servers, selected departmental functions, workstations layout and the off-regular working hours emergency power coverage.

Bad Axe, Michigan
New Service Center
The new 7,100 square foot building was designed by IES to serve Consumers Energy gas customers in the Bad Axe region. This Design-Build project was executed with Commercial Contracting Corporation and completed in December 2015. The IES scope included Architectural Design, Structural Engineering, and LEED Consulting. This project is designed to target LEED v4 Certification, thanks to the continued efforts of all project team members.

Taylor, Michigan
Utility and Emergency Power Systems
The original project scope was to replace the two existing Diesel Generators with two 1.25MW and replace the existing Switchboard with a new one in a new Electrical Room building addition. IES performed the Schematic Design and by working closely with the Comcast Facilities Engineer, we were able to eliminate the need to build the new room and add a new Switchboard. During the Design Development phase, IES assured Comcast that the existing Switchboard will be adequate after reworking the power feeds to the existing plus anticipated loads. Our final Construction Documents included the detailed actual Sequence of Construction and seamless power switch over to ensure adhering to Comcast N+1 Redundancy standard. 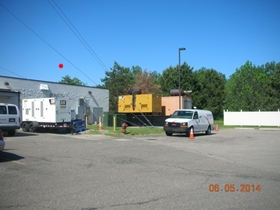 Battle Creek, Michigan
Power Systems Upgrade
The existing Distribution System needed an upgrade, and IES worked closely with Ancona Controls to create a new and more reliable power system. This included the replacement of a number of Power Panels and reworking the input and output feeds to both the A/C and D/C loads. This project included coordination with the local DTE engineers.

Taylor, Michigan
New Branch
The IES scope was to transform the existing Lazy Boy Furniture building into the new Taylor Branch for Hantz Bank. This tenant build-out included two distinctive areas; one is a typical bank and the second is for financial investments. The bank area includes a drive-thru, a Lobby, Tellers, an ATM, and an Office. The financial investments area includes a number of Advisors’ Offices, Conference Rooms, and an open office space.

Troy, Michigan
New Cafeteria and Training Center
The new building owner requested that IES redesign / upgrade the existing Cafeteria and transform a number of offices into a large Training Center to be used by the tenants of this high-rise office building. The entire kitchen space had to be redesigned to allow for modern equipment installation. The Training Center included IT provisions and state-of-the-art Audio-Visual equipment. IES scope included Architectural, Structural, Mechanical, and Electrical Engineering design.

HVAC System Study
The existing cooling system in Sapient office needed to be evaluated in order to help the building owner make the informative decision of whether to repair or replace it. IES had the Mechanical Engineer on site and investigated the existing conditions of the space and the unit. After going through the necessary fact finding process, the Report was issued and included the various Solutions and ultimate Recommendations.

Troy, Michigan
Data Room Structural Reinforcement
Vehma business growth required the addition of new IT equipment and racks in the Data Room. The IT loads more than quadrupled, therefore requiring evaluation of the floor slab. IES provided a Structural Analysis and field investigation to the existing building conditions in regards to the newly proposed servers and power units. The Structural Report included the necessary Recommendations, in addition to the Structural Drawing showing the layout with exact dimensions for construction.

Warren, Michigan
Outdoor Lighting Study
The dealership explored the option to upgrade the Lighting System of the Outdoor Showroom Lot. IES was invited to provide options to achieve this task. A number of alternate light fixture makes and models were offered. Additionally, a couple of pole-mounted LED light fixtures were installed as a mockup. The Lighting Layout and Calculations were presented to the owner for review and implementation.

Royal Oak, Michigan
Office Building Restoration
The front side of Kranes Rehabilitation Center experienced substantial damage as th result of a high speed car accident. IES completed a report, providing the observations and analysis of the structural and architectural damage. Understanding the sense of urgency to have Kranes back in full operation, IES proceeded to help the owner and the contractor make the necessary decisions to return to normal operating conditions in a timely fashion.

Troy, Michigan
New Roof Top Units Installation
Vehma requested that IES evaluate the two existing Roof Top Units that are serving the third floor offices as well as the conference room and to offer the best possible way to upgrade them. After the evaluation, IES made the decision regarding the size and make/model of the new units that were to be installed. However, more work was needed to ensure that the areas on the roof were structurally designed to carry the new loads. IES also had to make sure that the construction on the roof would not interfere with the daily use of the conference room, which led to the new duct work route as well as the simultaneous work and design of the necessary structural reinforcement. 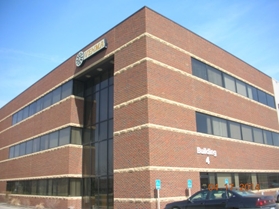 This is a staging environment for testing purposes — no orders shall be fulfilled.